Muslims must get out of this sense of victimization?? Ajit Sahi 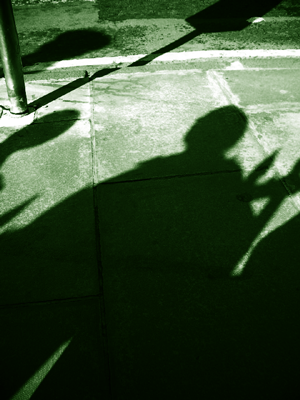 Q: Muslims must get out of this sense of victimization?? Ajit Sahi
Ajit Sahi is an investigative reporter with the New Delhi-based Tehelka magazine. He recently published several startling reports clearly indicating that scores of innocent Muslims, including some former members or associates of the banned Students? Islamic Movement of India (SIMI), across the country have been falsely implicated by the police, intelligence agencies and the media as being behind various terror attacks. In this interview with Yoginder Sikand, he talks about how influential sections of the Indian media are playing a major role in demonizing Muslims today.


Q: You have been associated with the media for several years now. How do you see the way in which the so-called ?mainstream? Indian media responds to or projects Muslims and Islam, particularly in the context of the recent spate of bomb attacks, in which the media, despite the absence of evidence, has blamed Muslims and Muslim organizations for?

A: I think the media does not want to recognize or admit it, but it sees these issues from basically a Hindu, or at least a non-Muslim, point of view. I tell my media friends that if they were Muslims they would not believe any of this media propaganda about Indian Muslims taking to terrorism, or at least would be greatly suspicious of these claims, because these claims are largely dubious and false. Their typical answer is, ?No, we are secular, liberal and progressive. We are not communal?. But I do not agree, of course. I think the way they respond necessarily indicates that they are influenced by their not being Muslim. A hidden anti-Muslim bias pervades the media, although media persons who like to call themselves secular and liberal would hate to admit this. This is reflected, for instance, in the fact that in most cases of Muslims arrested on grounds of terrorism, all that we have are ?confessions? before the police, which are not admissible as evidence before courts, because obviously such ?confessions? are often false and procured after brutal torture. But the media simply projects these statements as supposed evidence, and then weaves this picture of Muslims as terrorists.

At the same time, there is a distinct lack of willingness in large sections of the media to recognize the very obvious and very deadly fact of terrorism being engaged in by people linked to the Hindutva camp. Thus, for instance, there is huge evidence against Narendra Modi of being responsible for the massacre of Muslims in 2002, and if it was somewhere else in the world Modi would have been tried as a criminal, and would probably have been sentenced to death or a hundred years in prison. (For the record, I am opposed to capital punishment.) I mean, he should be tried under international criminal law and charged with ?ethnic cleansing?, but, of course, our supine, so-called ?mainstream? media is not demanding this. You really can?t expect anything else from India?s weak-kneed so-called intellectuals. They do not have the guts to correctly describe Hindutva as it really is?as fascism, in the same league as Nazism. 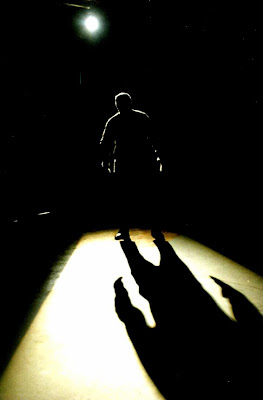 Q: How do you explain what you have referred to as the deep and pervasive anti-Muslim bias in large sections of the Indian media?

A: One reason for this, of course, is that there are very few Muslims in the so-called ?mainstream? media, even in those newspapers, magazines and TV channels that see themselves as ?progressive? or ?liberal?. Now, some might say that this is because there are relatively very few well-educated or well-qualified Muslims, but I don?t buy that argument. Surely, if you have a staff of a hundred people it should not be difficult to find twelve or fourteen educated Muslims to employ to reflect the proportion of Muslims in the Indian population. But I would be surprised if any of the so-called ?mainstream? papers have even half that proportion of Muslims among their staff.
The argument is also often made that ensuring a proper representation of the Muslims or the marginalized castes; the Dalits and the Adivasis, in the media would impact on the media?s quality or merit. I think this cry about merit is the biggest hoax. After all, we all know that appointments in government services and even so often in the private sector are often not made on the basis of any sort of merit at all. Give me another story! I?d rather believe that the British are going to come back to rule India than swallow the claim that appointments are always made on the basis of merit.

Q: How do you think this sort of portrayal of Muslims in the media can be countered?

A: The media is a reflection of the middle class of any country. It is the middle class that inhabits the media. So, unless the dominant views in a middle class change, the media cannot change substantially. People have to be sensitized to realities, but this is not what the media is really doing. This can only happen when there is a fair representation of all social groups, including religious communities and castes, in the media. But, like India?s bureaucracy and the judiciary, the Indian media has a very heavy over-representation of ?upper? caste Hindus, who are otherwise a numerical minority in our society.

The Indian news media has become even more blatantly communal and anti-Muslim in recent decades. A turning point came when LK Advani became Minister for Information and Broadcasting in the Janata Party Government under Morarji Desai in 1977. That gave a tremendous boost to the RSS, which started pushing in large numbers of hardcore RSS-walas into various newspapers. Before that, the Hindutva ideology was considered so demeaning that people would not even discuss it in their drawing rooms. It was considered a pathetic contrast to the uplifting moral ideology of Mahatma Gandhi and Jawaharlal Nehru, which aimed at healing our society and nation-building.

Q: In which way does nationalist jingoism feed into anti-Muslim biases?

A: I think there is a very clear and direct relationship between the two. The sort of nationalism that is being projected by the Hindutva lobby is fiercely anti-Muslim. It is premised on a Brahminical worldview. It projects Muslims, but also all non-Hindus and those Hindus who do not agree to its ideology, as ?anti-national?. The Hindutva groups say they are willing to accept Muslims so long as they don?t ?look Westward?. This is a cunning strategy aimed at forever stoking the flames of divisiveness. For what is a Muslim worth if he doesn?t look westward, toward Makkah? Isn?t it bizarre to argue that capitalism is good to globalize but Islam must only localize?

Also, the Hindutva lobby is obsessed with military power and the desperate lust for India to be recognized as a ?super-power?. But the irony of the thing is that while it brands Muslims as ?anti-national?, there are an overwhelming number of middle-class Hindu families in this country whose sons and daughters have gone, or who want to go, to settle in the US and thereby turn their backs to India. Strange as it may seem, NRI Hindus are one of the fiercest backers of Hindutva lobby that pushes son-of-the-soil nationalism. I think that it is these people who have abandoned India for the American life that are pathetically anti-national. Why shouldn?t they be first asked to show their patriotism toward India by returning to the motherland? I mean, how do you turn your back on your parents, on the land of your birth, its mountains, the air and the rivers of the country that nurtured you, and defect to America, a country founded on genocide and still practicing it on a global scale, and yet be not considered anti-national?

Q: What do you think Muslim organizations should do to counter the demonization of the community in the media?

A: To expect that the media, the courts, the police and the politicians would deliver on their own is futile. For this, one has to build public pressure. Muslim organizations and ordinary Muslims must get out of this sense of victimization in which they are trapped. I can empathise with them, given the concerted assaults on their lives and liberties. But they alone can bring themselves out of it. They have to mobilize their community and battle, without doubt in a non-violent way, for their civil rights as Indians. What can they do? Well, if a hundred Muslims were to arrive in a courtroom when an innocent Muslim, falsely accused of being a terrorist, is brought before the magistrate, there would be immense pressure on that magistrate to record the statement of the accused instead of leaning the way of the police and sending him back with the police, to be tortured more. need to dread the evil state and the public bias that our Muslim brothers face.

Email ThisBlogThis!Share to TwitterShare to FacebookShare to Pinterest
Labels: Interview